Tero Heikkinen
Finland
Published in in English on Nov 9, 2013
Gardens By The Bay, Singapore (November 2nd, 2013)
Most of us never thought we would get the privilege of watching Mew live in our faraway city, Singapore. But on the 2nd of November 2013, we, Singaporean Frengers (@SGFrengers on Twitter), were treated to such a reality at indie music festival, Camp Symmetry. Having named it after one of the songs of the band (no prizes for guessing which), Mew was clearly a favorite of the organizers of the event. Mew was the second last band to come on and was given 15 songs, the longest stage time – 80 minutes, 5 minutes longer than last band Explosions in the Sky.
The festival ran from 12:00-00:00 and as it ran into the night, the standing crowd (estimated 3000-plus) started to build up in anticipation of the band. Finally at 9pm, the band emerged starting with Silas Graae. The crowd whisked with whistles and cheers for the band that had been long awaited. It certainly felt, at that moment, that all the momentum had been saved and built up till this point. The performance began with Making Friends before the catalytic transition into Special and then The Zookeeper’s Boy. At the prelude of these two favourite songs, the crowd immediately burst into unmitigated cheers. In the earlier part of the performance, Jonas Bjerre commented on how hot the weather was in Singapore: “it’s really hot in here to wear this jacket but I’m gonna keep wearing it because I’m on the tour you know… it’s a standard”. Midway, however, Jonas took it off and that drew a handful of screams from the female frengers. 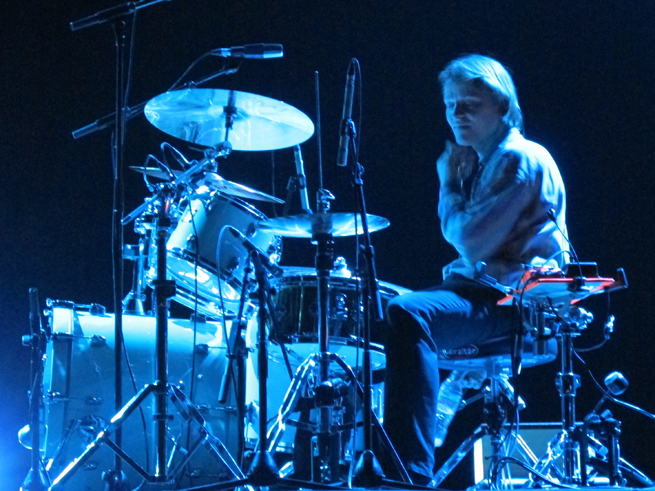 Unfortunately, the band did not play the song that reflected the name of the event. Nevertheless, with a set list somewhat similar to that of their performance in Jakarta, but excluding She Spider and Eight Flew Over, One Was Destroyed, the band delivered a delightful performance. Bo Madsen, as usual, evidently enjoyed himself and paced the stage frequently. The band left the stage, but not for long, as the audience was not willing to be left satisfied without being treated to the delights of Comforting Sounds. For the first time throughout the all-day festival, the crowd proceeded into chants of “Encore, Encore!”; “One more song!” that eventually brought the band out. Of course – they were going to save the best for last. Needless to say, the instant Bo shredded the first few tunes of the much loved song, frengers all over dived into shrieks of exuberance and it wasn’t long before Jonas came back on and the entire crowd sang along, “I don’t feel alright, in spite of these comforting sounds you make…” as if the band had never left the stage. It was a phenomenal moment and we had all hoped it’d last.
All in all, the band was in good spirits and it was clear that they were glad to be finally playing here. Perhaps the band never thought they’d be received so well over here in this small lion city – “Thank you, Singapore! Can’t believe what a warm welcome we got here! –J”.
After their last song, it was overheard that someone was brought to tears in the midst of Comforting Sounds. That alone says so much about the impact Mew left with the crowd that was clearly not insignificant. During the performance Jonas commented on how this trip to Singapore had been put off for too long and they hoped to be back soon. We certainly hope so, too.
Text by Meishi Koon
Photo by Dita Rachma
Photo Gallery
Camp Symmetry setlist:
Making Friends / Special / The Zookeeper’s Boy / Snow Brigade / Apocalypso / Saviours of Jazz Ballet / Medley (of Koor, The Zookeeper’s Boy and The Seething Rain Weeps For You) / Shelter / Swanky / New Terrain (new version) / Klassen / Hawaii / Am I Wry? No / 156 — Comforting Sounds