Tero Heikkinen
Finland
Published in in English on Sep 29, 2010

I first spot the Serpentine Pavillion glowing red through trees, across a dark road infested with headlights, despite cutting its way through Hyde Park. It’s not a fleeting glimpse – whatever the opposite adjective is. I can’t think of one. This is apt. 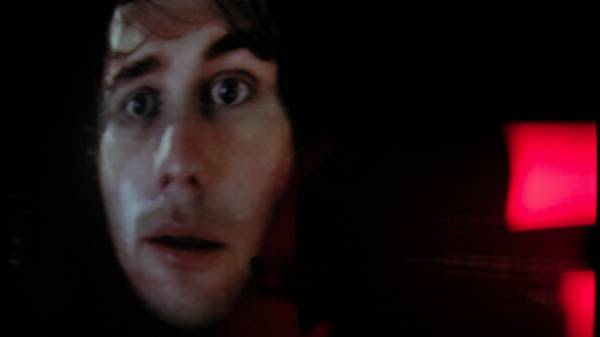 Apparatjik’s credentials as a bunch of infuriating sods is not in doubt tonight. They are “of a tangential nature with cross-field collaborators in the worlds of music, art, fashion and the darker fringes of the scientific community”, the press release informs me. I never quite thought I’d nod my head at that, but there you are. It’s accurate, in the same way as a clown’s flower that squirts you in the face is accurate. But this is a good review, kids. A good one.

I get tucked into the free bar and an unlimited convoy of canapés, and this feels like the most un-me thing I’ve ever done. It’s also the most un-Mew thing Jonas Bjerre has ever done. That’s the trick. We’ve had the evil twin. That’s Mew. Now we get the slightly hyperactive, borderline ADHD sibling. A sort of semi-wasted funboy. 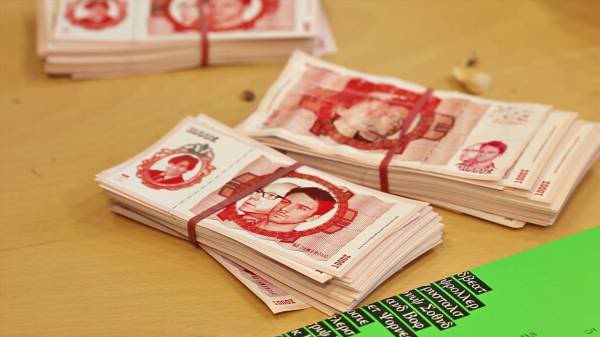 As if on cue, four funboys who seem to neatly fit the description, dance through the crowd wearing boxes on their heads, depicting a different grotesquely digitally stretched face on each side, surrounded by a sizeable entourage throwing out specially printed neo-Stalinist satellite state-looking fake money. It takes me the length of that sentence to process what I’m seeing. I’m flabbergasted. Introductory films flicker on and off, like a bad trip, or a good nightmare, and in a mess of crescendo Apparatjik open with Arrow and Bow. As is already customary, they appear as shadows, looming out of a cube, and wearing headgear ranging from fucked-up-lobotomy-aftermath spaghetti to demonic antlers made out of (one assumes) papier-mâché. Someone waves torches around inside. No matter where you’re standing, the experience is befuddling.

Cubism demolished heirarchy, so I keep being told. The next day me and some fellow wanderers go to the Tate Modern -museum, where I’m reminded that I don’t actually like cubism. At all. I don’t think it has ever made me think so much about the order of expectations than thirty minutes of an Apparatjik set. Mon dieu. 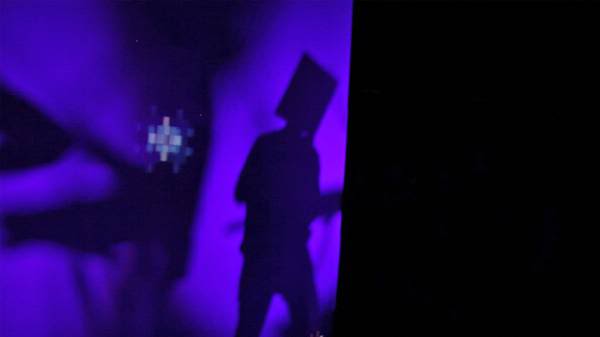 It’s impossible to review this in terms of a music show, for the very good reason that it isn’t one. It’s four mates having a singularly awesome time, bounding around and playing some seriously, seriously well thought out electro pop. Jonas has some moves. On one hand, you’d be a fool to read too much into the aesthetic – if only it wasn’t so all-encompassing, such an aura. It’s shoehorned into your eyelids.

That said, it’s super to hear Quiz Show, and even superer to hear the titanic, extended version of Deadbeat upon which the communication ends. The night is truly stupendous; only West End London’s hyperart pseudo-cognoscenti could even contemplate entertaining the likes of this. Now if only Apparatjik would play a show. There’s shows and there are shows. They are more than an installation for the elite; they deserve your love and tonight they’ve got mine, all of the hook and all of the sinker. Like nothing else, ever.

Written by Ally A
Photos by Andrew A