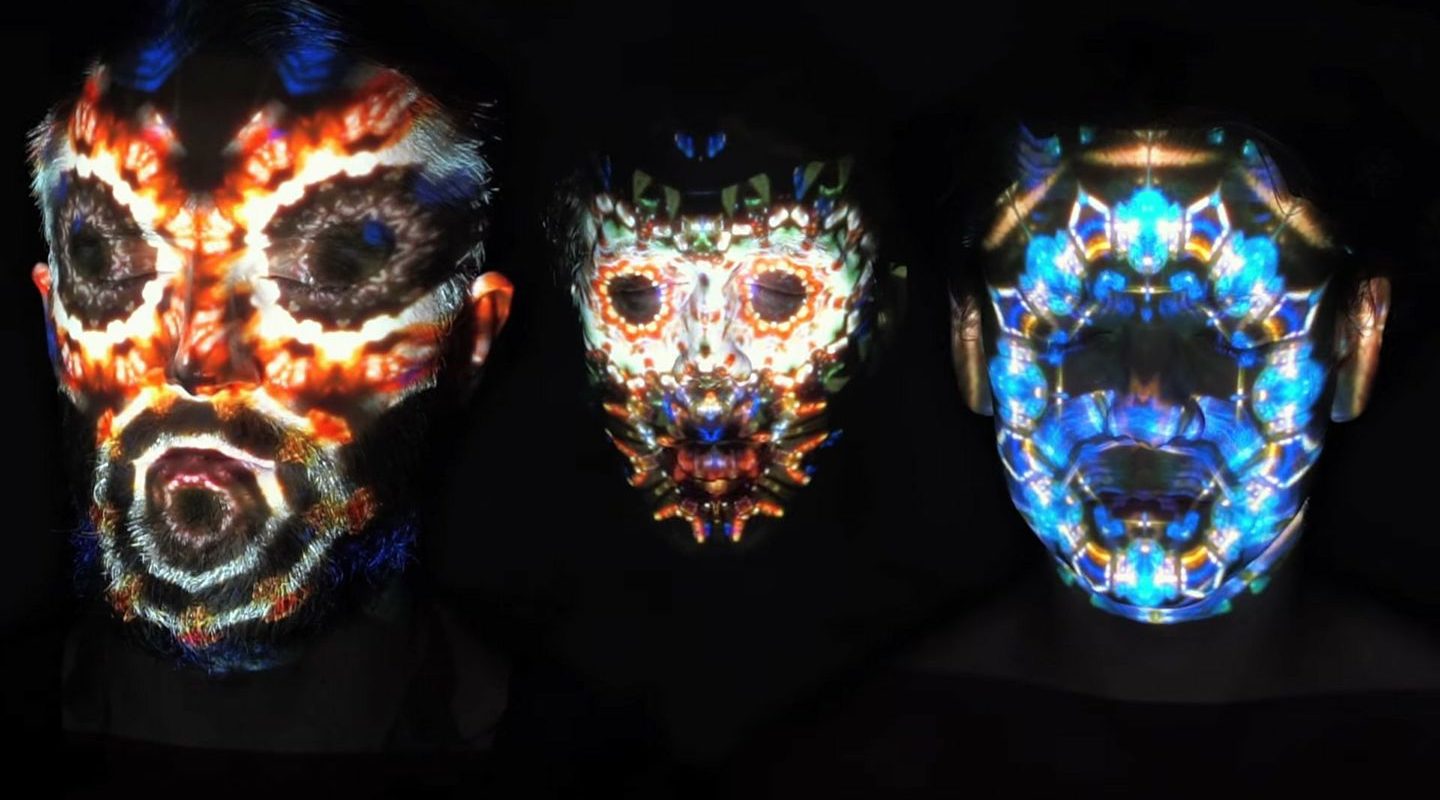 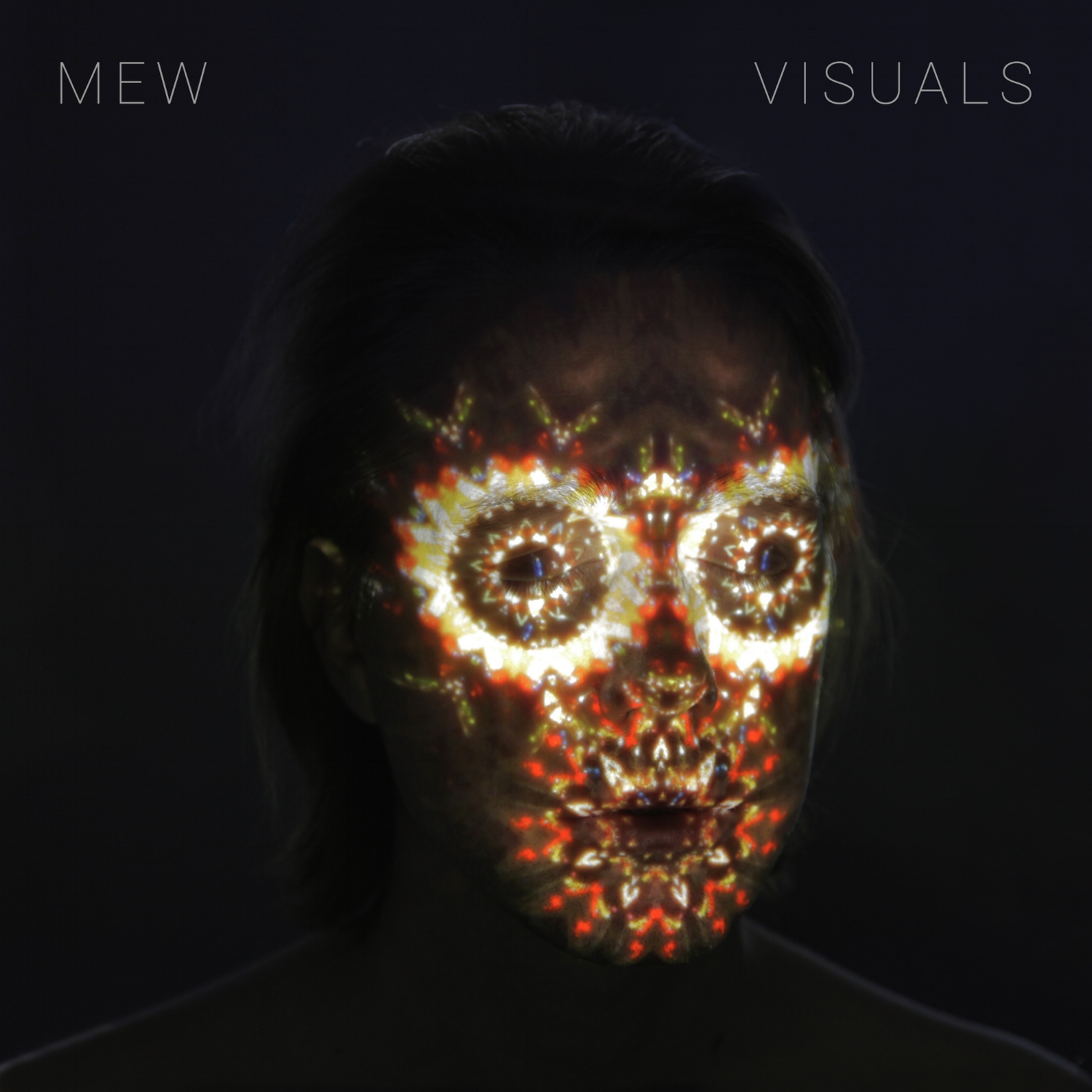 There’s a point in Learn Our Crystals where Silas Graae’s kicks and snares start swinging and synthesized, icy pop bursts into pure joy. It’s one of many moments on Visuals where Mew wind conflicted emotions around beamingly arranged melodies. This is a new phase for the band and the resultant album, despite emotional contradictions, ultimately feels celebratory. The Caribbean feel at that moment in the aforementioned song breaks through the ice and imposes itself on the listener like an epic calypso at the birth of a new era for the band.

Many of the highlights here reflect positivity through pumped up choruses and buoyant swirls of synths and voices. In lieu of robust guitar lines, songs are padded out with sparkling keys set to slow attack and release, and vocal harmonies of satisfying concordance. On In A Better Place, the band’s interest in keyboard arrangements extends to making the song’s hook instrumental; a calming pentatonic synth lead breezes between verses of mortal friction, including a typically naive depiction of being dressed as a racecar and a more knowing admission of impermanence in “get[ting] us there fast until death occurs”. Cognitive dissonance resounds too on Candy Pieces All Smeared Out where a doom-laden trudge, the album’s guitar heavy exception, drives into a childlike imagining of “cruising on our bikes till the sun comes up”. The relative lack of gruff guitars otherwise allows the album to feel uplifted, as though casting light against the lyrical shadows, and providing relief from any emotional weight otherwise detected.

It also seems to have focused the band’s attention on melody. Visuals is the band’s most tightly packed collection of choruses to date. 85 Videos snaps like 80’s synthpop; its two choruses sounded jarring when it was released as a single, but supplement the weaker last third of the album with bold melodicism. Ay Ay Ay has a melodically industrial, Depeche Mode-esque quality. It’s a track where Jonas Bjerre puts on a show, snarling more than ever when he utters in condemnation, “I see, you wore the dress that sickens me”, and stammers in bizarre cartoon horror, “What’s wrong with his eyes?”. And Shoulders anthemically trumpets rumination (“Oh won’t you take this off my shoulders now”) over a fashionably low-key arrangement which finds the band toying with modern soul. It’s a point in the album where Jonas’s adeptness at moulding his multilayered vocal lines into beautiful shapes is really in evidence.

Mew’s rhythm section is also in clear view and strong form. Johan Wohlert’s bass, which forms a harmonic rock bed, has a punchy, punctuating quality. It’s economical as well, allowing space for detailed arrangements to form around it. And Visuals might be Silas’s best album. That might seem a bold claim, especially when those famous time signature switchups are largely absent, but the band’s upstage mastermind is regularly the controller of the songs’ lifeblood, their energy, and the extent of the melodic work’s impact.

Outsiders have been brought in to colourfully and divergently flesh these songs out. Acclaimed Norwegian saxophonist and composer, Marius Neset, stabs at Twist Quest and battles with the lead vocals through its half-baked middle eight (and it’s worth noting middle eights sometimes feel a bit undercomposed next to the album’s lofty hooks). And the previously cited In A Better Place fades through chugging bass and an elegy of trumpets and flugelhorns courtesy of regular collaborator Bo Rande. More detail has been assigned to what happens between tracks than on +-, where songs seemed like disconnected singles and fadeouts sometimes felt indecisive.

The album was produced and partly engineered by the band themselves, and the level of creative control and precision Mew’s three members demonstrate more than sells their existence as a trio. Given a bit more time, though, they could have made the album’s final third shine as brightly as the rest. Zanzibar is a slightly glitzier upgrade to lacklustre No More Stories b-side, Start. It feels like a transition between surrounding songs, but lacks the requisite flow. And the album’s final track and first single, Carry Me To Safety, takes a full two minutes to be brought to life. Its journey through too many key changes exemplifies a proggy temptation to prize music theory exploration above musical impact. But, when so much of the album is successfully resonant, that is anomalous rather than defining.

Two years on from their sixth album, which was six years in the making, the band have marked a new chapter with renewed enthusiasm and spontaneity. And it’s a testament to the vitality of the band, that, despite their quickest turnaround in history, they have captured so many enjoyable moments on record. Visuals feels light despite darkness, and smilingly tuneful. Its closer comes down to land in its final moments; “we’re just coming home,” is the message it gives out. And, with Visuals giving them a new start, we can feel the band are back with us and that things are going to be alright. Mew have arrived again.