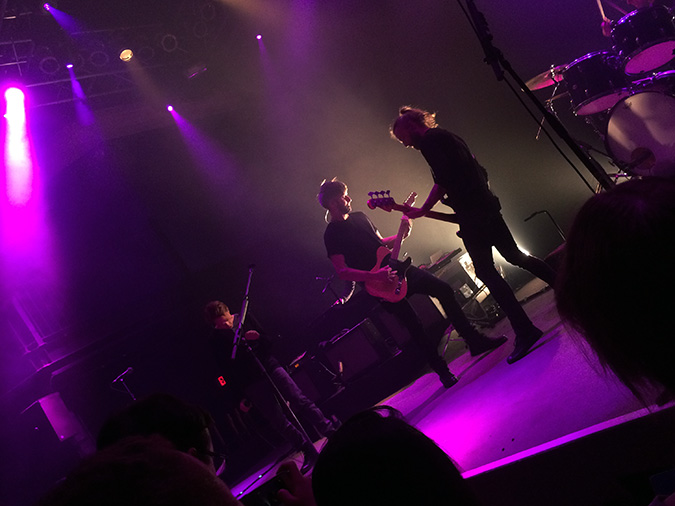 The first time I saw Mew live was in 2009 on the eve of the release of No More Stories… I was just a teenager then; I had spent that summer listening to them endlessly because they were one of the few consistencies in my life at the time. I had driven to Brooklyn to see them at the Music Hall of Williamsburg, with Bo Madsen present but no Johan Wohlert. Driving to Washington D.C. six years later, I reflected on how much has (and has not) changed, and just how much Mew has done for me in those six years.

Once inside the venue, I took a moment to observe my surroundings. My favorite thing about any Mew concert is the crowd. It is not hard to appreciate the sheer diversity of everyone waiting for the show to begin. You see people of many ages, various cultures, and countless locations, all uniting in one room for the feeling Mew gives us when they play music. There is no other way to explain that feeling besides magical.

The show itself didn’t begin until close to 10:30 PM, with The Dodos opening. While not immediately seeming similar musically to Mew (who is, really?), I felt they were an excellent choice to open for Mew. Around 11:30 PM, Mew finally took the stage. I was positioned almost directly in front of Johan, which I found bittersweet seeing as Bo was in this same stage location last time. Silas Graae came out and began on the drums, followed by the remaining members of the band. They opened with Witness, setting a far different tone (dare I say rock-based?) for the concert than 2009’s opening with New Terrain.

As the show progressed, I felt a familiarity I hadn’t felt since my last show. There’s something quite comforting about the way Jonas Bjerre looks up at the ceiling between verses, how Silas is the powerhouse that cannot be seen, but can absolutely be heard. There was also a new sense of comeraderie on stage; Mads Wegner and Johan interacted in ways I hadn’t seen before. Johan was completely into the show, and very receptive to the crowd. They seemed like a singular unit on that stage that night. 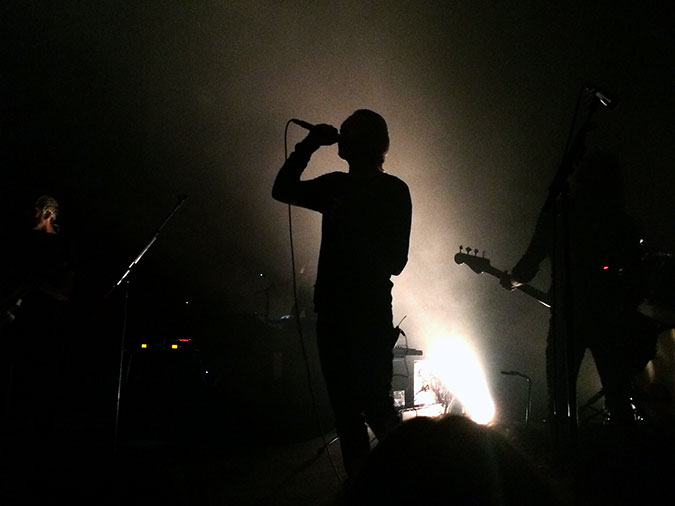 The highlight of this show for me was She Spider, possibly my all-time favorite Mew song. I was under the impression that this song would never be played live, and I am SO glad I was wrong. Mads did an excellent job with the guitar solo in this, far better than I anticipated. Hearing this song live made up for the lack of backdrops, which was the only downside to this concert. I understand they have been on and off with usage for this tour, and for those who may not be aware of their use of backdrops, the light show itself is a great substitute (although it makes photography difficult.)

At the ending of 156, the members placed their instruments down and left the stage. I haven’t heard a crowd cheer so loudly for an encore in a very long time. After a minute or so, the members returned for My Complications and finally, Comforting Sounds, Mew’s mainstay concert closer.

After the ending of the concert (which was shortly after 1:00 AM), myself, along with about three dozen other dedicated Frengers, waited outside the venue in hopes of meeting the band. Mads came out first, and spoke with some people before returning back inside. Silas followed, then Johan. I was excited to speak with him, considering this was my first time seeing him in person. My sister showed him a slow motion video of his hair during one particular song; his laugh was completely worth the wait. Around 3:00 AM, Jonas and Dr. Watts came out. I can’t tell you how much I appreciate this, considering they had an acoustic performance in less than twelve hours in a different state. They were all so friendly, and seemed to be in great spirits. There was so much I wanted to say, but the easiest was to say it was with a simple “thank you” to sum up all they have done for me and countless others over the years. Until next time, Mew.